Non-existing before programming languages based on those popular ones seem to occur and gain popularity every month or two. And even though it might be hard to keep track of those newly emerging ones, several languages that remain relevant and at an extremely high demand for years. Among the existing languages, the one that is considered to be the most used coding language can be relatively new. At the same time, the others have been around for more than a decade but managed to remain relevant.

So the question remains: which ones can be evaluated as the most demanded languages for software development? And which of them are likely to retain their status in the near future? The following list collects ten most spread programming languages this year.

Python is the old-timer in this list because this top programming language has been around for longer than a decade. While some might say Python is irrelevant for the top 10 programming languages 2019, this statement would be as far from the truth as it gets. This open-source language is used to bridge the gaps between the components of larger software products. It is also a popular language because of the versatility it offers. That is why Python is one of the top used programming languages.

This one is yet another veteran in the list of the most used programming languages 2019, but now, this one is actually a 24-year-old language. Even though for some individuals, it is not simple to imagine something invented 24 years ago being relevant in such a dynamic industry, Java is still one of the most in demand programming languages. This is also a highly versatile option that is applicable to almost anything, including both game and app development alike.

Ruby is a coding language that is general in terms of the purpose: it has reserved a position in the list of the most popular coding languages 2019 as well. This one has been developed in Japan back in the 90s, but still remains popular around the world. Designed with a goal to make the language as comprehensive as possible, Ruby has been one of the most rapidly growing languages back in its early years. It still remains popular more than 20 years after its invention, and the most prominent advantage of this language is its simplicity.

PHP, similarly to the other listed languages, is one of the most common programming languages but among those for web development. As the annual developer survey shows, nearly one-third of the entire web is powered by PHP. This easily makes PHP one of the top coding languages 2019 when it comes to web programming. Of all the existing in 2019 programming languages, PHP is probably one of the most web-oriented. This makes this language popular for web design, and though it has a rather controversial reputation among the developers, knowing this language will certainly help in getting a decent job.

HTML, or its latest version HTML 5, is the most basic markup language that is best suited for developing the documents that are to be displayed on the web sites. Like some of the other most popular programming languages 2019, this one is an old-timer with its history reaching back to the 1980s. Web browsers use HTML to interpret visual and audio materials into the web pages familiar to general users. Basically, it makes the websites look like comprehensive pages the users can view, which makes up for the popularity of programming languages like HTML.

Kotlin is a relatively new programming language that aims at addressing the issues of other programming languages, like Java for example. Basically, Kotlin was designed as a patch to Java. While it is certainly not one of the best paid programming languages 2019, it has a potential for growth and improvement. Maybe, in the future, it will be fully incorporated into Java to meet the needs of the programmers.

PERL or Perl is yet another language that came from the 80s and still rolls as one of the most popular programming languages 2019. It borrows the leading features of some other languages, such as C and BASIC, and creates something new. It is also purposed for general use that develops along with the rest of the languages, and the combination makes it one of the most dynamic languages in the industry. PERL accounts for all the changes that happen in other languages to appear as a fully compatible one with other popular coding languages. 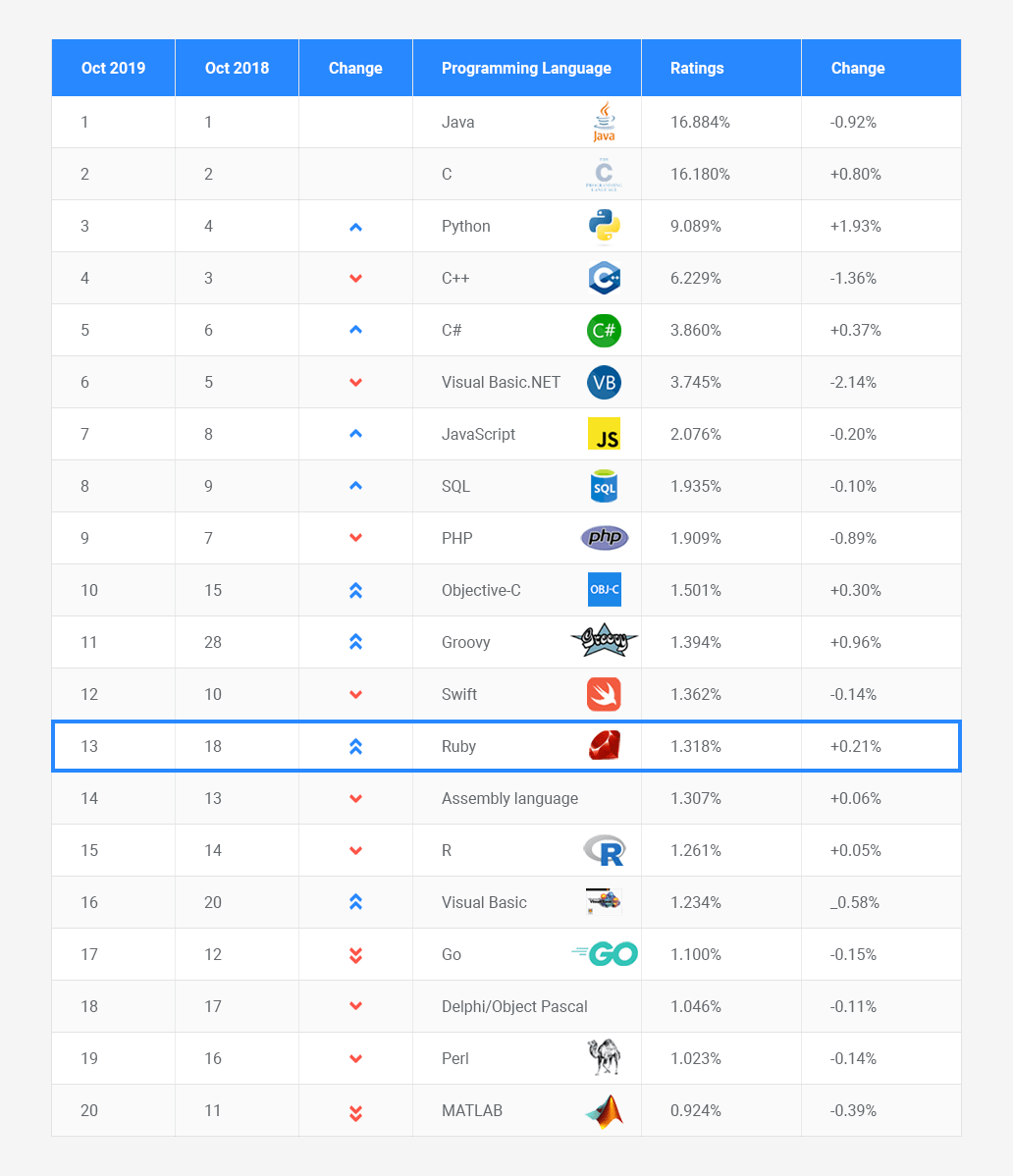 The knowledge of the programming languages is critical, and the more of them a developer knows — the easier it becomes for the person to find a well-paid job. The true value of the developer is in versatility and ability to learn, so it is best to be proficient in different languages as opposed to mastering one. Besides, some of them intertwine, making it easier to learn new ones. That is why a good programmer must strive for knowledge at all times and learn new programming languages to stay a demanded professional.

As it is quite profitable to outsource employees, a lot of countries are looking for workers abroad. However, the process of IT relocation has to be regulated accordingly.

How to Build a Nearshore Development Team?

Choosing an outsource developer for a project might be a challenging task, especially considering how many companies are out there. Offshoring is a rather popular type of cooperation